Producers and Manufacturers: An Industry that Benefits from Modular Construction

As consumers, we don’t take the time to think about where our everyday objects come from. Oil, water, vegetables, and other raw materials come from natural resources. They are then harvested, produced, and manufactured for our use.

The producers of raw materials are an important part of our economy. They are responsible for distribution, and providing goods and services. Not just to the United States, but globally as well.

Producers of agriculture are vital to this country. They are responsible for the production of vegetables, fruits, crops, and other foods. Additional types of agricultural producers may include cattle rearing, or forestry and fishing. They are integral for our economy as they produce food in both its raw form, but also send food to manufacturers for production. For example, farmers grow corn and sell large quantities to manufacturers so that it can be used to make various retail products.

Additionally, there is a new producer on the rise. Organic farming is a market that has grown in popularity in recent years. Consumers became more health-conscious and focused on farm-to-table practices. As a result, the production of organic farming grows in demand. In fact, this year the market for organic food and beverage is expected to reach $211.44 billion, according to Grand View Research. In the past decade soy, rice, and oat beverages have soared in production. Organic beer and wine are also growing fast.

But it doesn’t end there. The next health-based food to grow in popularity are meat-alternative brands, such as “Beyond Meat”. This has already hit the market, and even fast food chains such as Burger King have incorporated these vegan options into their menu.

Mining is an incredibly important production and is essential in maintaining a standard of living. “Mined minerals are needed to construct roads and hospitals, to build automobiles and houses. They are needed to make computers and satellites, to generate electricity, and to provide the many other goods and services that consumers enjoy” (The National Academy of Sciences, Engineering, and Medicine).

In order for production processes to run efficiently, producers need to be able to rely on a high-quality office building. Prefabricated, portable office trailers continue to help both small and large-size businesses to transform their operations.

In fact, producers and manufacturers often use modular construction.  It’s a fast space solution they add as either an independent office or attached to an existing warehouse.  Typically, we install modular offices as stand-alone buildings on a manufacturing facility property.

Whether you need a short-term option or a customized building,  we can provide the space you need. We lease and rent buildings, but also provide modular financing options for purchases.

Starting a project? Check out our standard office floor plans: 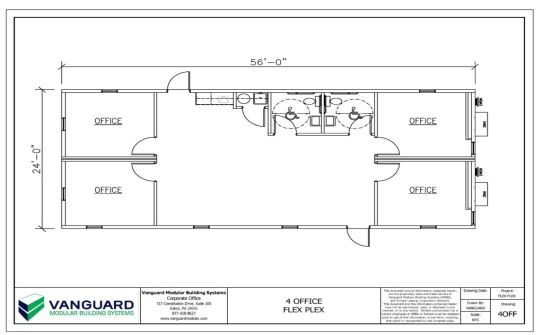 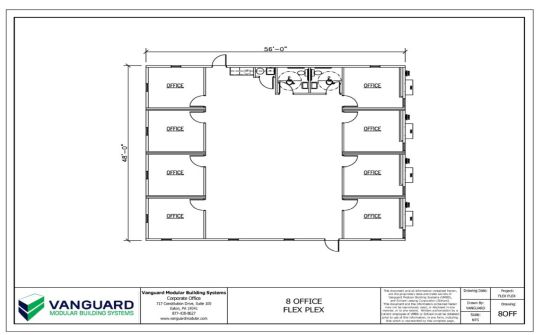 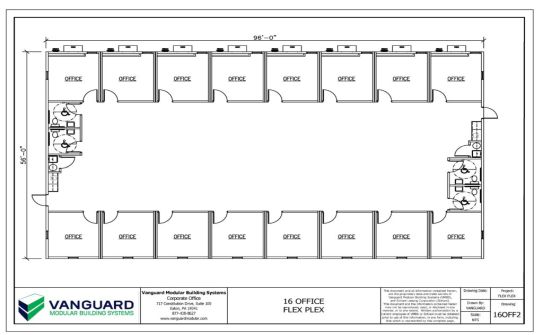 Do you have a pretty good idea of what you are looking for?  Request a Quote to move your project forward.  Call (877)966-7839 to immediately speak with a member of our local team.